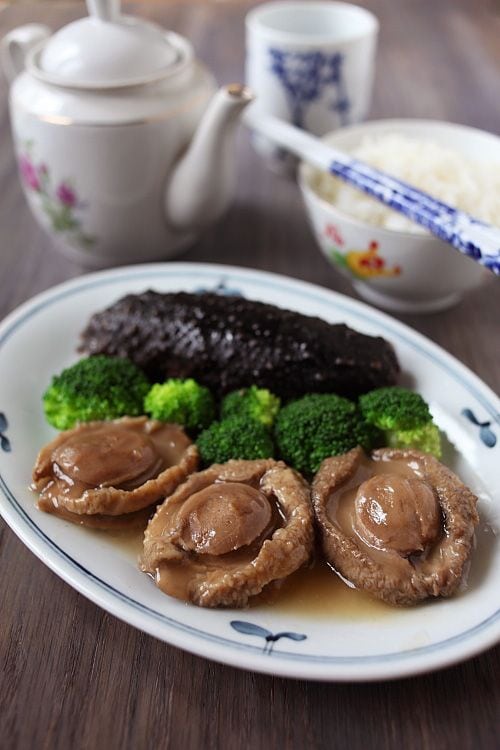 In early 2008, I shared my thoughts about Chinese and the foods that we consume in my version of Maslow’s Hierarchy of Needs (for Chinese people), in which I categorized the foods that Chinese eat into 4 categories.

Most of the time, I indulge in these Chinese delicacies during very special occasions, for example: my birthday or Chinese New Year, or when I visit my uncle in Hong Kong, during which he would feed me with various delicious and extravagant Chinese dishes.

However, I have never attempted to make these type of foods at home, until very recently as my high-school friend AsianSupermarket365.com sent me a package consisting of South African dried abalone, sea cucumber and Japanese dried scallop.

With such an expensive care package and my eternal craving for braised abalone and sea cucumber, I knew that it was time I learn the master Chinese cookery skills of making these Chinese delicacies.

I reached out to my uncle and asked for the detailed instructions and embarked on a 4-day (yes, four days!) cooking process of making the braised abalone with sea cucumber you see here.

For people who love abalone and sea cucumber (read: me), this is one of the best things to eat in haute Chinese cuisine.

And as with other extreme Chinese delicacies, the preparation is meticulous and the end result has to be pure perfection.

Now if you are not familiar or have never tried these ingredients (they are not the most photogenic creatures), you would be puzzled as to why I would spend so much time making this dish.

But, you see, we are talking about abalone and sea cucumber, which are two of the most prized commodities in Chinese cuisine.

Walk into any lavish and upscale Chinese restaurants in China or Hong Kong and you will see them on the first page of the menu, with very expensive price tags next to these dishes.

For example: in a moderately-priced Chinese restaurant in Irvine, they sell abalone (just abalone) for US$20 per ounce, and the smallest abalone will easily cost you $100, for only one abalone with some sauce.

Braised abalone with sea cucumber is an uber expensive and pricey dish, so what you see on the pictures here will probably cost you $500!

You get the idea.

1) soaking the dried abalone and sea cucumber separately
2) cleaning them properly and thoroughly
3) preparing the supreme Chinese stock
4) slow cook the abalone and cucumber until perfection.

And that takes 4 days!

Suffice it to say, this braised abalone and sea cucumber recipe was one of the most testing recipes that I had undertaken, but oh boy, was I glad I did it.

At the first bite of the abalone and sea cucumber and the first taste of the extremely flavorful sauce, I was transported to Chinese food nirvana.

And then I ate another abalone, and then another one, and finished all four of them plus the two sea cucumbers and scallops.

That was what I call supreme culinary satisfaction and gratification.

Now the good news to my readers: to celebrate the launch of the dried seafood section, AsianSupermarket365.com is sponsoring two packages of abalone, sea cucumber, and dried scallop to two lucky winners.

Click here to enter to win and enjoy the $500 supreme Chinese delicacy at the comfort of your home!

This recipe is only 333 calories per serving. 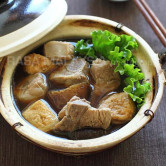 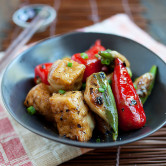 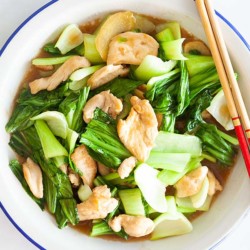 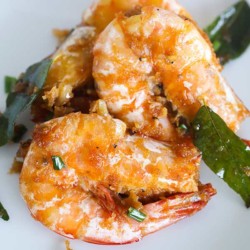 To save some cooking time, you might slice the abalone into slices before cooking. If you do so, make sure you cut the sea cucumbers into bigger pieces so they cook at a similar rate as the abalone slices.

You can keep the remaining Supreme Chicken Stock in the fridge for a week or so. It's great for a variety of Chinese recipes such as stir-fries that calls for water, soups, noodle soup, stews, etc.