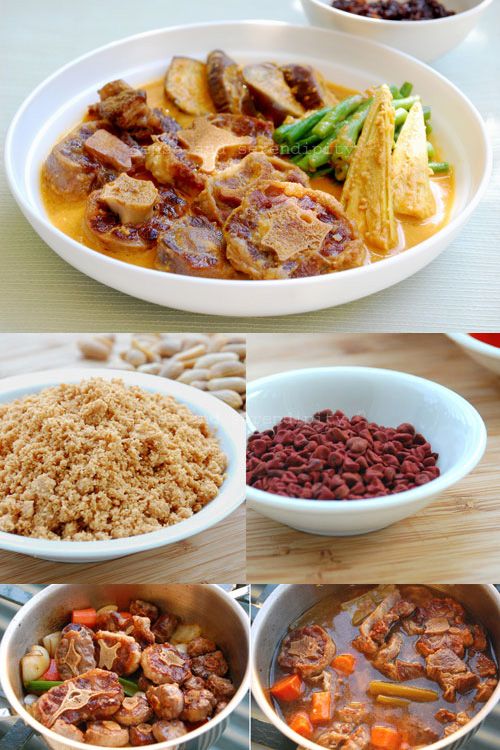 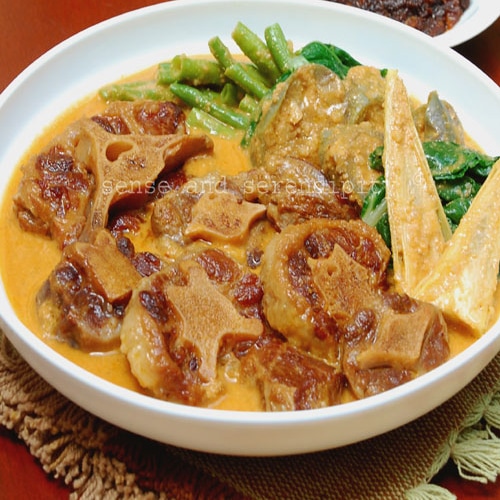 To cook the meat, heat a large Dutch oven or deep frying pan over medium-high heat. Then season the meat on all sides with salt. Add the oil to the pan and brown the meat. While the meat is browning, peel and roughly chop the onions, carrots and celery.

When the meat has browned on both sides, transfer to a plate and set aside. Add the onions, carrots and celery. Sprinkle with a bit of salt and brown. Once golden, add the seared beef back to the pan. Cover the ingredients with water or just enough to cover the meat.

Bring the mixture to a simmer. Lower the heat, cover and cook for about 3 to 5 hours or until the meat are fork tender.

At this point, I scoop out the meat and transfer them into a plate, then strain out the other ingredients. I cool down the stock and place them (stock and meat) in the fridge, covered, before proceeding with the recipe the following day.

To prepare the other ingredients, first remove the fat from the surface of the beef stock and bring to a gentle simmer. Next, toast the peanuts in a large pan, stirring occasionally until light golden brown.

Allow the nuts to cool down and process them in a food processor until finely ground. Transfer to a bowl. Next, grind the raw rice in a spice grinder and toast the in a pan until lightly golden brown. Transfer to a bowl with the ground nuts. Add enough of the hot stock to form a paste and set aside.

To prepare the vegetables, peel and chop the onion, slice the eggplants into 1-inch thick, on a bias, cut the string beans into 2-inch pieces and cut the banana bud half lengthwise, then into 1-inch pieces crosswise. Soak the cut banana heart in water with a little vinegar. Then, juice the calamansi.

To prepare the bagoong, peel and thinly slice the garlic and the shallots. Heat oil in pan over low heat and add the sliced garlic and shallots, and cook until soft. Add the bagoong and cook until the mixture is fragrant. Remove from the heat, transfer to a bowl and set aside.

To cook the Kare Kare, heat oil in a large heavy bottomed pan and sweat the onions, followed by the salt. Cook until the onions are soft. Add 5 cups of the simmering stock and peanut mixture, stirring with a whisk until combined.

Then add the beef and let it simmer for 15 minutes until tender. Stir the mixture occasionally. Next, add the eggplant, string beans, banana heart and cook until the vegetables are tender.

Add more water if the mixture is too thick. Add the calamansi juice, then season with salt to  taste. Allow to simmer for another 2 minutes and take it off the heat.

To serve the Kare Kare, ladle the dish into a bowl and serve with plain steamed rice and bagoong. 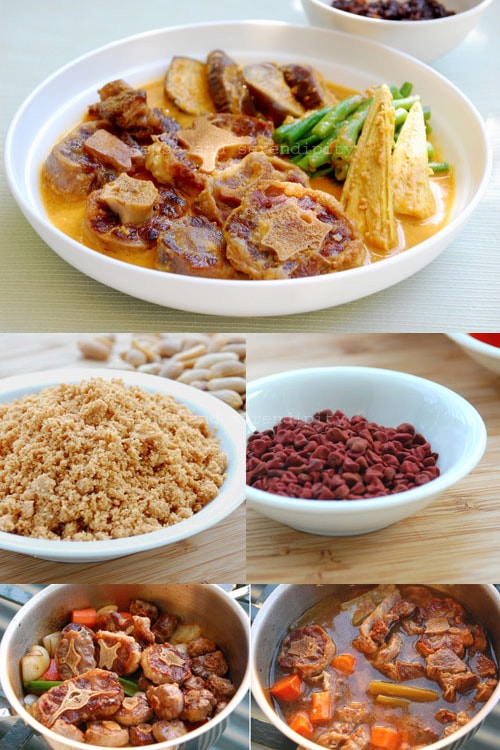 What Is Kare Kare?

Kare kare is a delicious oxtail stew made with peanut sauce that originates from the Philippines. This delicious and hearty stew is a must when it comes to the colder months, and reminds people of home.

This oxtail stew is a great recipe and is simple enough for you to make at home today. 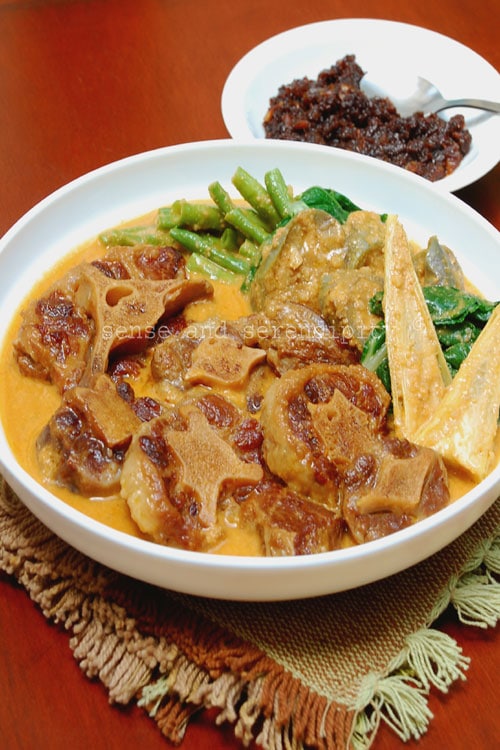 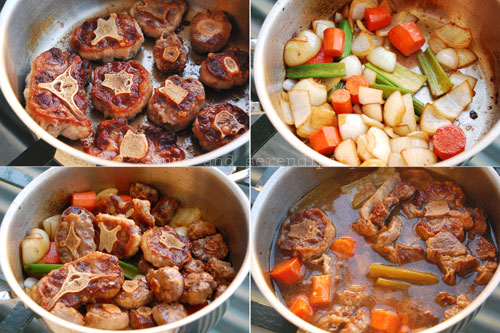 There are a several stories about the origin of Kare Kare. First, it says the dish came from Pampanga, which is considered as the culinary center of the Philippines. Others believe that it is a noble dish served to Moro elite who once settled in Manila before the arrival of the Spaniards.

Another origin states that this traditional dish is credited to the Indian curry introduced by Indians whole lived in the area of Cainta, Rizal and it is also somewhat similar to the Indonesian dish called Gado-Gado. And the name Kare Kare is derived from the Japanese word Kare which might have been contributed by the Japanese while doing business in the Philippines during the pre-colonial times.

This recipe has 691 calories per serving.

This dish is best served with rice. For a wholesome meal and easy weeknight dinner, I recommend the following recipes. 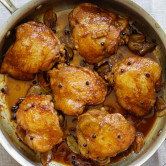 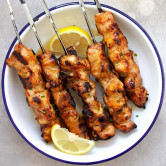 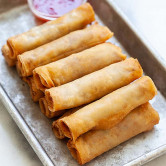 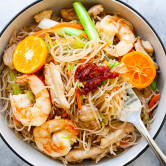 Recipe by Divina Pe from sense-serendipity.com

To prepare annato oil, simply combine ¼ cup of annato seeds and 1 cup grapeseed or rice bran oil. Heat up the mixture and turn off the heat and allow to sit for 1 hour. Strain the oil through a glass container and discard the annato seeds. Another option is to combine 1 tablespoon of annato seeds in ½ cup of hot water, and let it sit an hour. Then press the seeds with a spoon to extract the color. Strain the mixture and discard the seeds.

If you happen to use oxtail with the skin on and you’re not searing it, blanch them first to remove the impurities. When the water has come to boil, drain the ox tail and wash in cold water. Wash the pot and fill with some freshly cold water and add the ox tail back. Bring to a boil and simmer with 1onion (roughly chopped) and few slices of ginger).

Some recipes would call for vegetables to be cooked separately before adding to the dish. In some restaurants, the three components are served almost separately by ladling the sauce first before arranging the vegetables and the ox tail on top of the sauce.