Visit our sister site: Easy Weeknight | GUSS COOKS
You are here: Home / Recipes / Japanese Recipes / Nigiri
Nigiri or nigiri sushi is a popular Japanese sushi. Shrimp nigiri is one of the easiest nigiri recipes that you can make at home with shrimp and sushi rice. Nigiri sushi is highly prized in Japanese recipes and well loved all around the world.

They are hand-formed sushi and called Nigiri-zushi in Japanese.

According to my Japanese cookbook, they can be traced back to the Edo period in Japan when it was sold and eaten at food stalls just fast food today.

If you love sushi, I’m sure you have seen or tried them. They are mostly made with a slice of raw fish on top of sushi rice.

Some nigiri is made with cooked fish or other ingredients, for examples: eel, shrimp or Japanese rolled ommelette or tamagoyaki.

In this recipe, I am going to teach you how to make shrimp nigiri, with cooked shrimp and sushi rice.

How to Make Nigiri?

Next, prepare the shrimp by boiling and cooking the shrimp.

Slice the underside of the shrimp and spread them open.

What’s the Difference between Nigiri Sushi and Maki Sushi?

Maki sushi is rolled with toasted seaweed into a sushi roll and then cut into pieces before serving.

What’s the Difference between Nigiri and Sashimi

They are served raw with soy sauce and grated wasabi.

Each shrimp nigiri is only 12 calories per piece.

What to Serve with This Recipe?

Serve this dish with Japanese dishes. For a healthy Japanese meal and easy weeknight dinner, I recommend the following recipes. 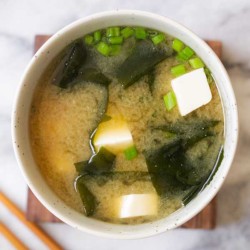 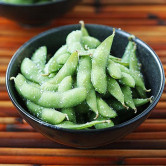 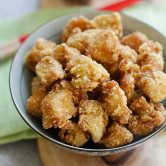 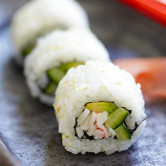