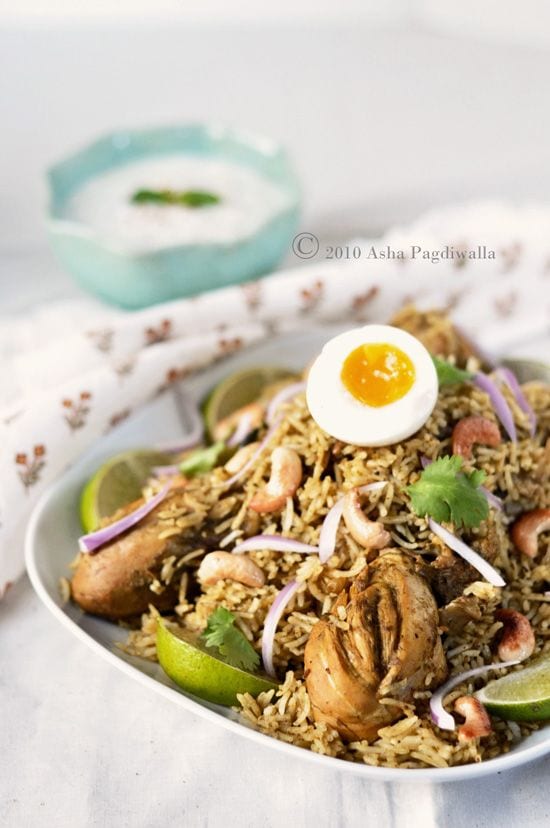 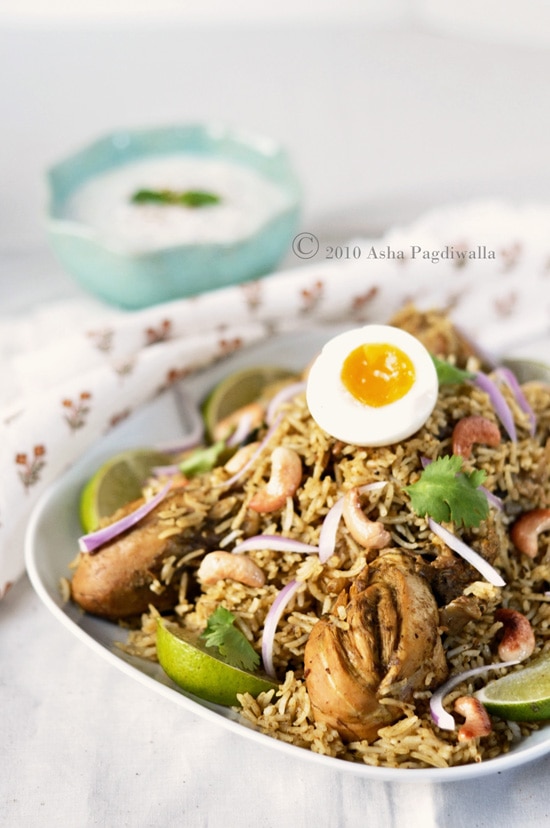 I’ve been stalking Fork Spoon Knife for a while—a gorgeous food blog authored by Asha which is full of beautiful food photography and excellent recipes.

Hailed from India and currently resides in New York City, Asha is pampered by two generations of talented cooks in the family. As such, Asha has a discerning palate and love to cook and entertain friends and family.

Please welcome Fork Spoon Knife with her South Indian Chicken Biryani recipe, one of the most requested Indian recipes on Rasa Malaysia.

Biryani is typically a special occasion dish, for many reasons. This dish is particularly known for its many layers of flavors that slowly develop and meld together.

So, it’s a multi step process that requires much love in many installments over a long cooking time. Also, those flavors and the aromas from the dish come from a blend of spices that are typically not used in everyday cooking and are pricier, hence adding to the special feel… 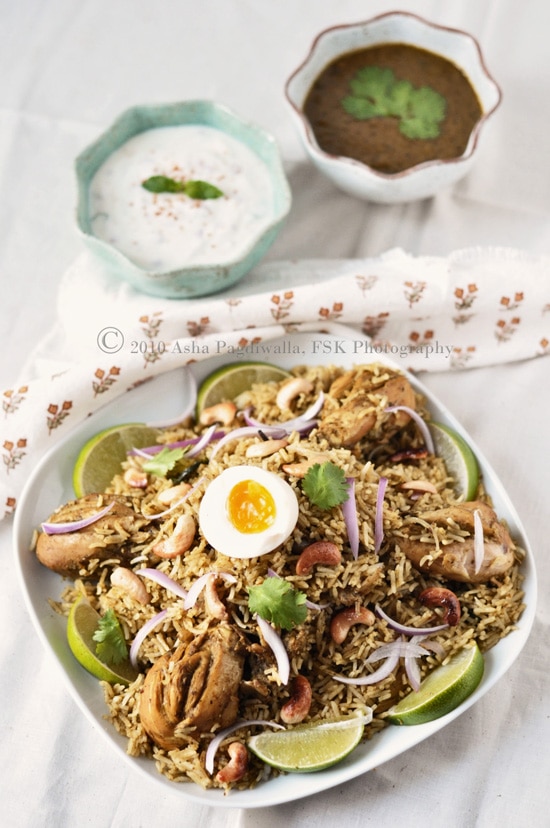 The concept of the Biryani came from Persians. When the Mughals conquered Northern India, they introduced much of their cuisine to the populace.

As their rule spread further South, most Indian were exposed to the delicacy and it took a firm place in every Indian’s heart. And, then, every region of the country adopted the dish as its own and lent a distintive flavor and taste to it by modifying the ingredients as also the method based on the indigenous cuisine.

Over time, a distintive difference developed between the Biryani as it is served in North India (that is only a slightly modified version of the Persian original) and that in the South, especially, Keral and Tamil Nadu, which, has been significantly modified to suit the Southern Palate.

Particularly, in the South, the meat is cooked in a coconut infused curry and the rice and curry are mixed rather than layered, as is typical with the Persian version. 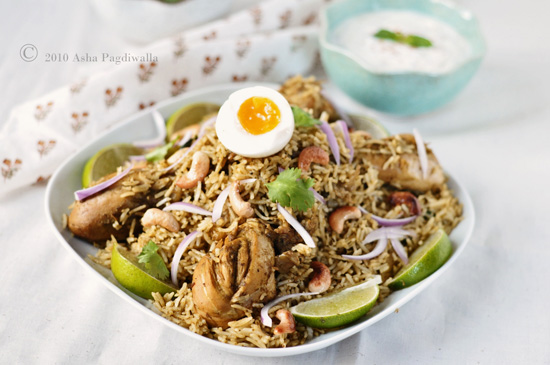 The good thing about the Biryani is that the components can be made ahead and it tastes even better the next day as the flavors have more time to develop.

This recipe is only 449 calories per serving. 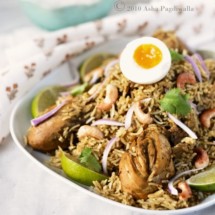