Visit our sister site: Easy Weeknight | GUSS COOKS
You are here: Home / Recipes / French Recipes / Lobster Bisque
Rich and creamy lobster bisque loaded with lobster. This the best lobster bisque recipe that you can make at home, so easy, delicious, much better and cheaper than restaurants! 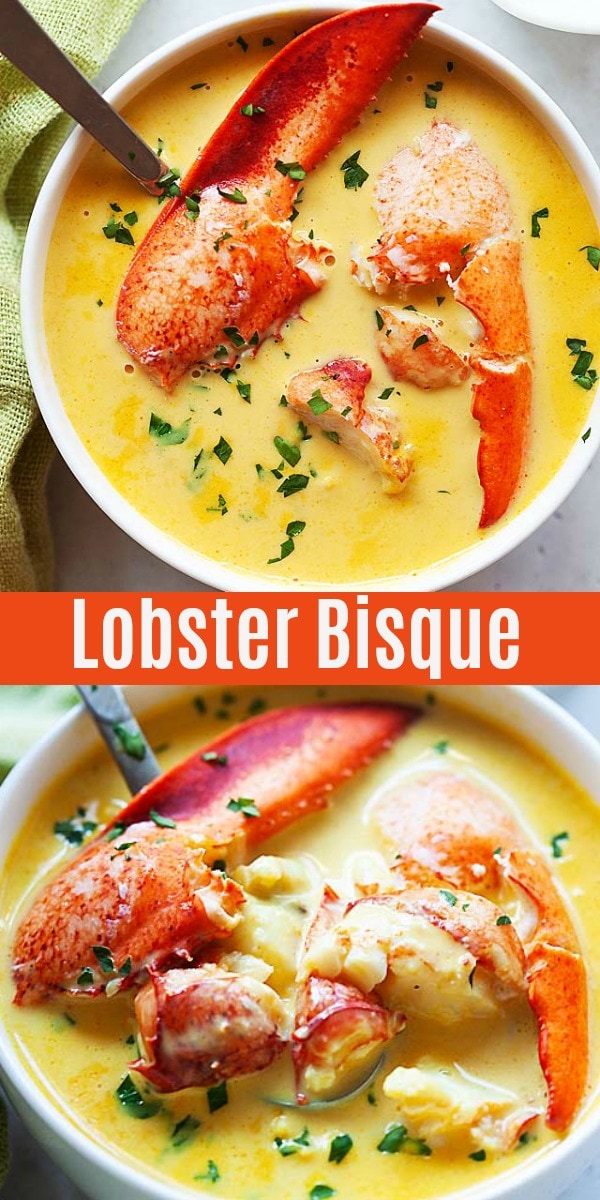 What is lobster bisque?

Losbter bisque soup is one of the most popular seafood soups in haute French cuisine, found in gourmet seafood and fine dining restaurants.

Bisque is a rich and creamy soup made of crustaceans stock, commonly from lobster and shrimp even though crawfish, crab and langoustine can be used.

In this easy recipe, you are going to learn how to make this scrumptious soup just like French chefs, with simple ingredients.

This soup is absolutely delicious and full of rich and deep flavors of lobsters.

I will guarantee you that it’s so much better than Red Lobster. In fact, the taste is so good that it tastes just like the best seafood restaurants!

This lobster bisque soup also feeds four people in your family at a fraction of restaurant’s bill.

How to Make Lobster Bisque?

Traditional French cooking uses a long list of ingredients to make the soup.

I used three small lobsters (1 1/2 lbs each) to make the soup. First, I cook the lobsters in boiling water.

Next, I saute chopped onion, carrot and tomato with butter. Then, I add the lobster stock, wine and all the herbs and seasoning ingredients. Simmer for 30 minutes, remove the bay leaves and parsley stems.

Puree the soup with a blender and strain the soup using a fine mesh sieve. Discard all the residue.

Add the lobster meat and serve immediately with chopped parsley.

To make the best lobster bisque that tastes just like the best seafood restaurants, here are my tips and secret techniques:

Professional chefs use brandy or sherry to jazz up the overall taste and nuance of this soup. You can use either, both will lend a more intense and sophisticated flavor to the dish.

How to Thicken Lobster Bisque?

Traditionally, lobster bisque is thickened with a rice thickener.

Combine rice and chicken stock together in a pot and bring to a simmer. Cover and cook until all the liquid has been evaporated. The cooked rice will be pureed and add to the soup.

You can also use roux to thicken it. Roux is made of flour and butter. First, you melt the butter and then add flour, stir until it becomes smooth.

Add roux to the bisque soup to thicken to your desired consistency.

For my lightened up version of lobster bisque, I used corn starch slurry to thicken the soup.

Can I Freeze Lobster Bisque?

I don’t recommend freezing the soup because the lobster meat will turn rubbery after frozen.

However, you may keep the bisque in the refrigerator for up to 3 days.

To serve, just reheat in the microwave and serve warm.

Can I Skip Alcohol in the Recipe?

You can skip alcohol in the recipe. Brandy or sherry are also added but it’s optional.

This soup recipe is 641 calories per serving.

What Dishes to Serve with Lobster Bisque?

Serve this soup with French baguette or other seafood dishes. For a restaurant-style meal, I recommend the following recipes. 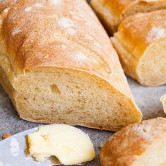 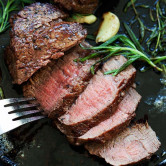 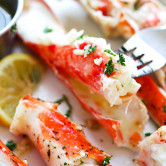 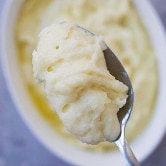 If you don't have a big soup pot, you can cook the lobsters in batches, but in the same pot. For every pound of lobster, cook it for 7 minutes. For a 1 1/2 lbs lobster, cook in boiling water for 10 minutes.