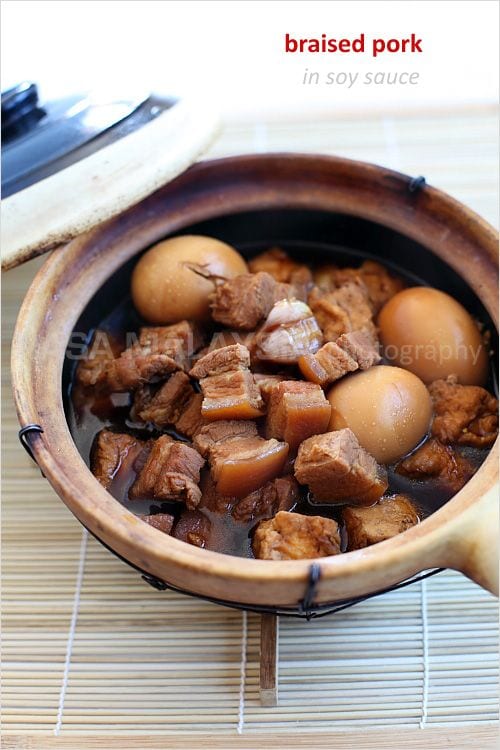 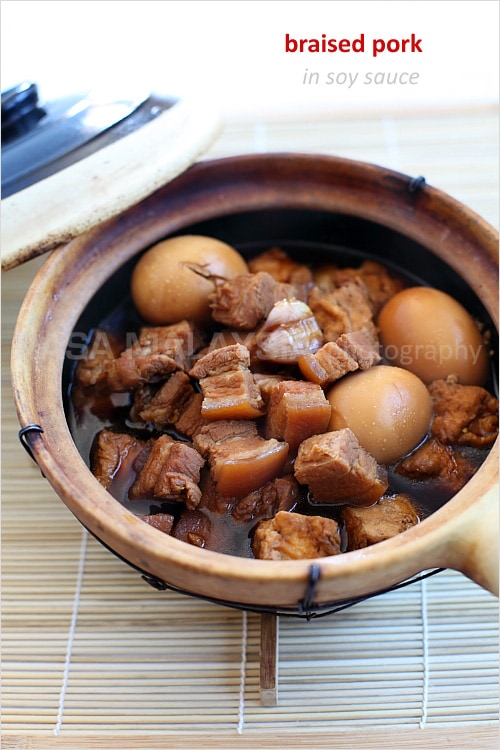 Since my second sister came into town, we have been cooking up a storm. (Previously, we have made pineapple fried rice and salted fish bones curry.)

We have also been reminiscing our fond memories of our late parents—sharing the stories of our times with them and those days when we were growing up. Naturally, we talked about the delicious foods that my late mother used to cook for our family and the many dishes that she prepared which we missed dearly although the tastes still linger on our taste buds.

As my second sister is many years older than me, she had the opportunity to learn more about cooking from my late mother. We grew up in a big and poor family, so since she was 12 years old, she was tasked with housework and kitchen chores, including cooking for the whole family. Because of that, she has acquired and inherited most of our family recipes. 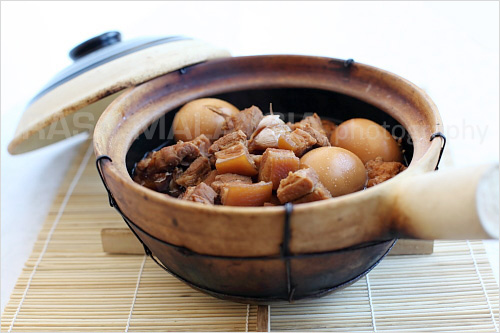 A couple of days ago, we talked about making my mother’s braised pork belly in soy sauce, or tau yew bak (in Hokkien)—one of the many family recipes that my mother excelled in.

Her tau yew bak was legendary; the pork belly was always tender, juicy, and they are steeped in an intensely flavorful soy sauce. The taste was complex, sophisticated, addictive, and utterly delectable. There were always extras such as hard-boiled eggs, tofu, and sometimes, potatoes and mushrooms.

When my parents came to visit us in San Francisco 10 years ago in 2000, I managed to learn my mother’s tau yew bak recipe. I volunteered to make the dish, following the instructions that she had briefed me during her stay.

I added some cracked whole white peppercorn (her secret ingredient!) and slowly braised the pork belly over low heat. The result was rather satisfactory and adequate, in fact, it was delicious but it is never going to be as good as my mother’s version. My sister said that it lacked the taste of “mother,” which, unfortunately, something I could never ever recreate. 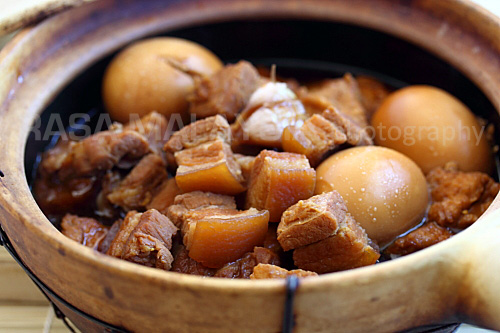 Here is my family recipe of braised pork belly in soy sauce or tau yew bak. It’s a savory dish that goes extremely well with steamed white rice, esspecially with a side of sambal belacan. I hope you like the recipe and get to try out one of the many great tastes of my childhood.

This meal is best served with steamed rice. For a wholesome meal and easy weeknight dinner, I recommend the following recipes.

This recipe is only 611 calories per serving. 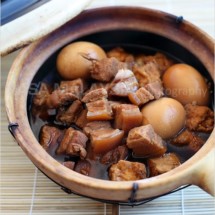 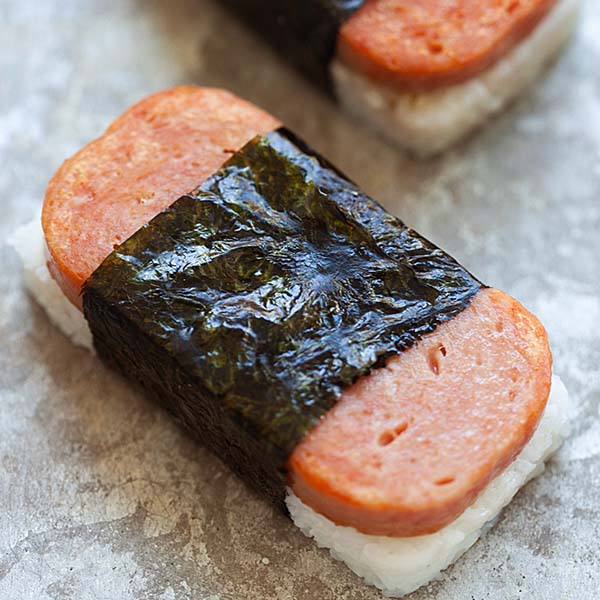 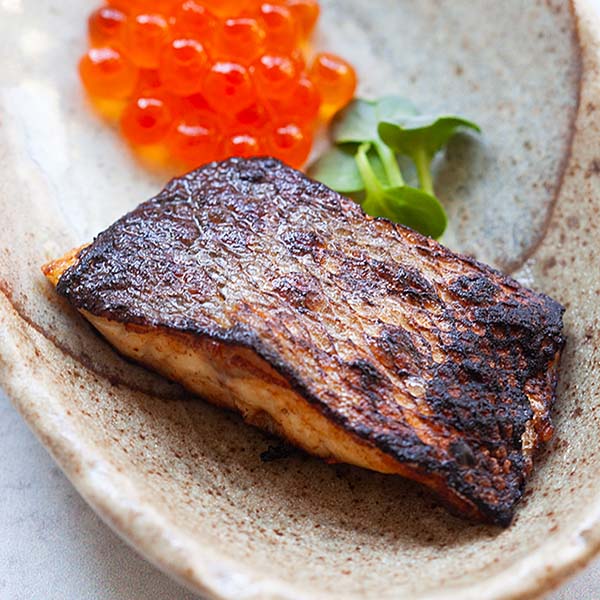 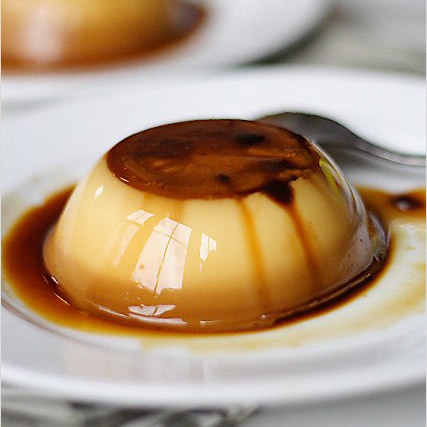 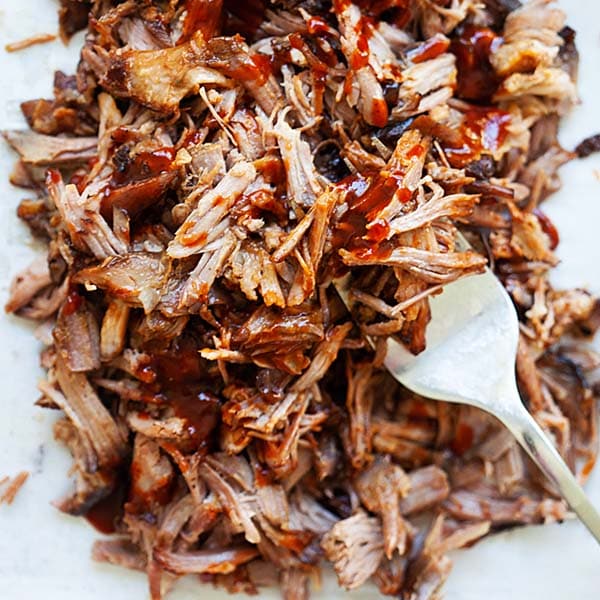 22 COMMENTS... read them below or add one