I made this sizzling cilantro lime shrimp on a hot cast-iron skillet that looks and tastes like it’s straight from the best Mexican restaurant in town. Actually better. Much better and cheaper, too.

See the garlic, cilantro, and shrimp goodness that stick to the bottom of the skillet? You will have everyone swooning and begging for more. While you are at it, make some orange-lime margaritas to go with this recipe.

How to Cook Cilantro Lime Shrimp

How Long Can You Keep Cooked Shrimp in the Fridge before It Goes Bad?

Shrimp lasts in the fridge for 3 to 4 days.

How Do You Not Overcook Shrimp?

To not overcook shrimp, remove them from the heat right when the meat is the same color pink all around (no brown/grey). Perfectly cooked shrimp will be in a loose C shape while tight C shapes usually indicate overcooked shrimp.

This recipe has 174 calories per serving.

For a wholesome dinner, make the following dishes. 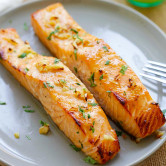 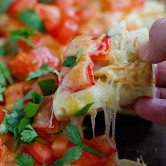 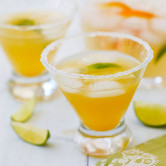