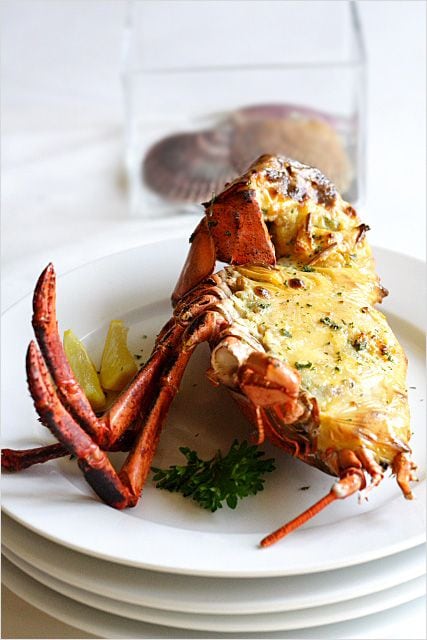 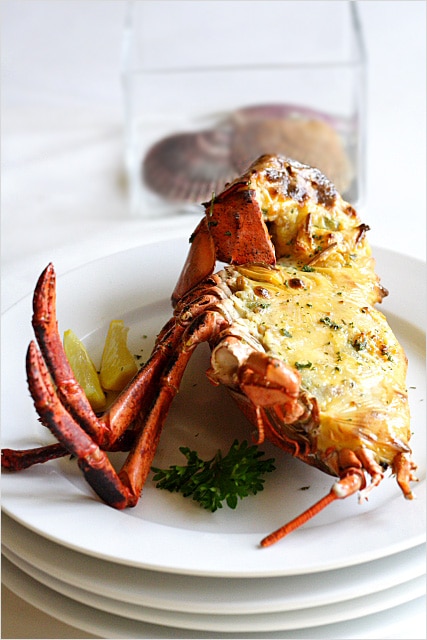 Just think of this as an episode of Iron Chef…the chairman says “The secret ingredient is… LOBSTER. A la cuisine!” I rush out to the aquarium frantically, catch my prey, and off I run to the “Kitchen Stadium” and start cooking.

I whip up dishes upon dishes of drool worthy lobster dishes to the judges and then the chairman announces “The winner of battle lobster is Rasa Malaysia!” Audience cheer and applause!

Well, that was just me day dreaming… 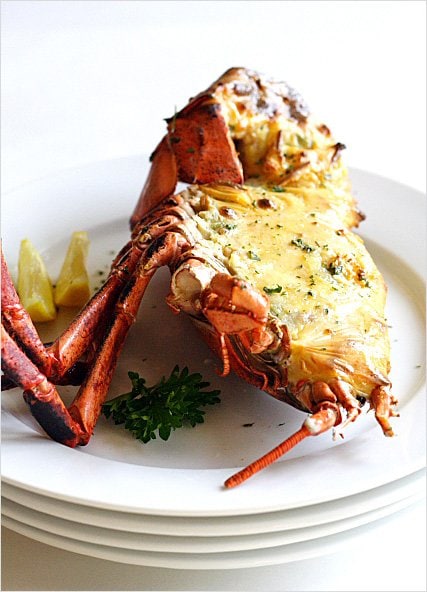 What really happened was I got myself a gigantic 5-lb lobster over this past Labor Day weekend and created 3 dishes.

All I can say is that I was totally lobster’ed out with the 5-pounder (so much so that I think I am going to stay off lobsters for a while!). 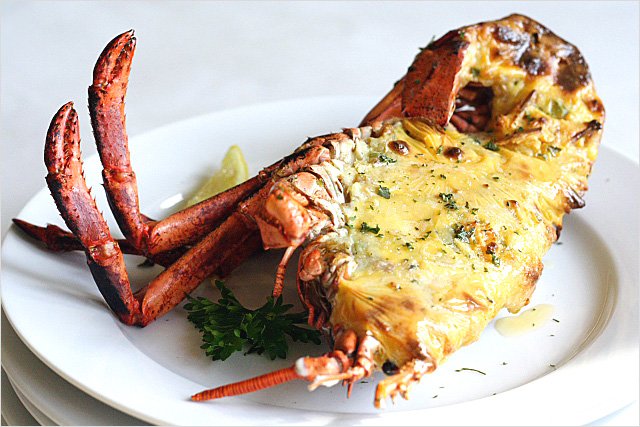 Anyway, today I am going to share the first recipe–baked lobster with cheese. In my opinion, you can do no wrong with lobster and cheese in the oven. The dish was simply scrumptious and delectable. 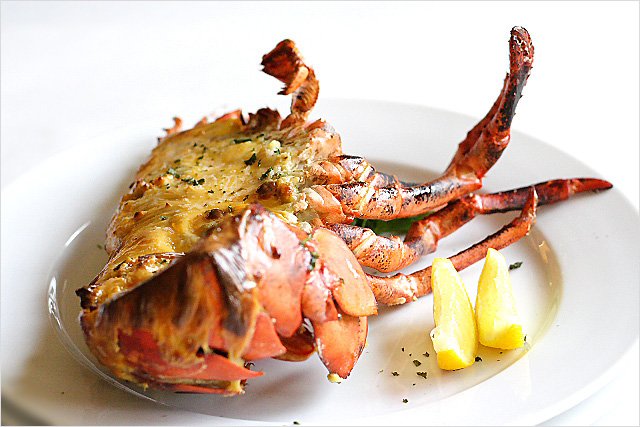 Please also check out my other lobster recipes here and here.

Trust me, they are very worth checking out!

This recipe is only 158 calories per serving. 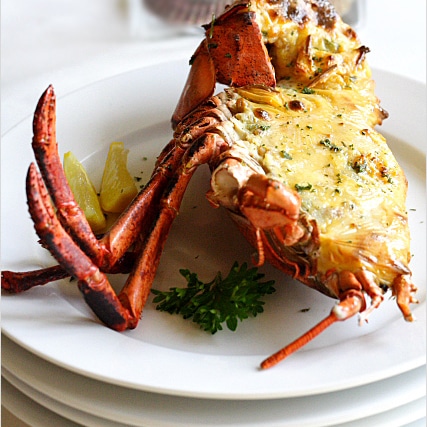 I used Kraft American Cheese for this recipe; I found Kraft to be light and becomes crispy when baked. Plus, I actually like processed cheese. You might want to use sharp cheese if you want to try this. (I don't intend to commit a "culinary sin" by using Kraft!) *wink* I saved the other half of this lobster for my second recipe, and the lobster claws for the third recipe.